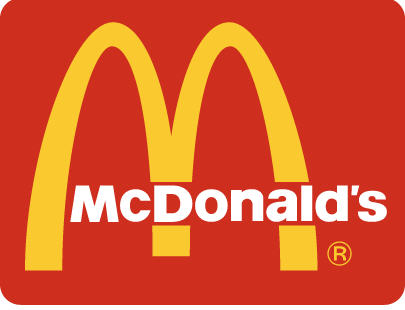 McDonald’s was founded by a pair of brothers, Richard and Maurice McDonald in San Bernardino, California in 1940. The restaurant began as a BBQ restaurant with a large menu and car hop service. In 1948, the brothers renovated and reopened their establishment as a self-service drive-in restaurant serving hamburgers, cheeseburgers, and potato chips among their 9-item menu. The now-famous hamburger cost 15 cent at the time. The restaurant debuted the famous French fries the following year. In 1955, Ray Kroc joined the business, before eventually purchasing the chain and growing it to a world-renowned franchise. The petition to trademark the name McDonald’s was filed in the US in 1961.

Today, more than 35000 McDonald’s restaurants can be found in 119 countries, serving up to 70 million customers. The franchise, with its yellow double-arched “M” logo, easily becomes the symbol of economic globalization and Ronald McDonald, a red-haired clown dressed in a yellow overall, the franchise’s mascot, is easily the most recognizable character. Hamburgers and French fries are still the most popular item in the menu; however, chains outside the US also include staples local to the regions, such as rice in Asian countries, kosher burger in Israel, and meat pie in New Zealand. In the US, its large menu includes items such as the Big Mac, Quarter Pounder, McChicken, McWrap and salads. A full meal including soft drink and medium fries may average from $5-$10.

Here are the McDonald’s menu prices, along with nutrition information. (Updated January 2015)

Throughout the years, McDonald’s restaurants have undergone several redesigns as parts of their marketing efforts, including addition of drive-thru services, playgrounds and coffee-shop-like atmosphere. The company is currently headquartered in Oak Brook, Illinois and headed by CEO Steve Easterbrook who was hired in January 2015 to replace former CEO Don Thompson. McDonald’s stocks are publically traded in the New York Stock Exchange under the designation MCD.