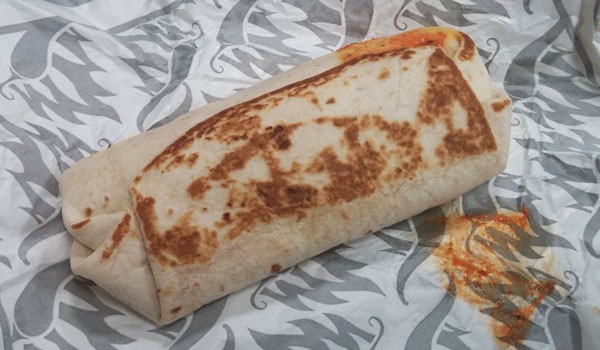 
When Taco Bell released the regular Quesarito, I liked it, although I do feel like it missed the mark in some ways. The idea is a novel one. A cheese filled quesadilla wrapped into a burrito. In terms of execution though, it just tasted like a large burrito. Don’t get me wrong though, I like big burritos, and the Chipotle sauce in the original Quesarito is excellent (I love Taco Bell’s Chipotle sauce in general), but the actually quesadilla portion of the Quesarito left something to be desired.

Now as a disclaimer to the review, I am not a big fan of Sriracha sauce, that being said, I felt the entire Quesarito was completely overpowered by the flavor of the Sriracha. If you like really spicy things, you will probably love the Sriracha Quesarito over the original version. 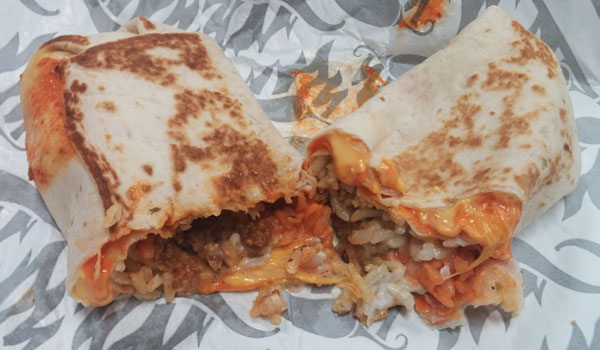 The Sriracha sauce is different than the Sriracha you might find as a condiment at another resturant. The sauce is more creamy (seems to have the same consistancy of the Chipotle sauce). The sauce has a distinct garlic flavor, along with a little bit of sweetness. The spice itself was very overpowering for the rest of the ingredients, except for the nacho cheese which felt like it complemented quite nicely. This is definitly the spiciest ingredient you can now get at Taco Bell. If you were a lover of the volcano sauce, you might like the Sriracha as a replacement, however both have very distinct flavors with their heat, so that might depend on your tastes.

While I really liked the Quesarito, it tasted more like a big burrito than anything unique. One of the major things missing is a crunch. With the Sriracha Quesarito, it is a lot more of the same, however I had a hard time tasting the beef and the rice with the Sriracha sauce infused completely throughout. It tasted like one big Sriracha burrito with a little bit of rice and beef texture, but not much flavor.

As for price, I did pay $2.69, which is 40 cents higher than the price of the original Quesarito. Unless you really love spice and in particular the Sriracha flavor, you probably can’t justify the increase in price.

I thought it was way too spicy, and I miss the Chipotle sauce that I felt made the original pretty good for a big burrito. The Sriracha was so overwhelming that I couldn’t even finish the Sriracha Quesarito. 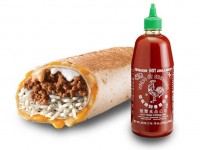 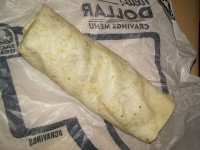