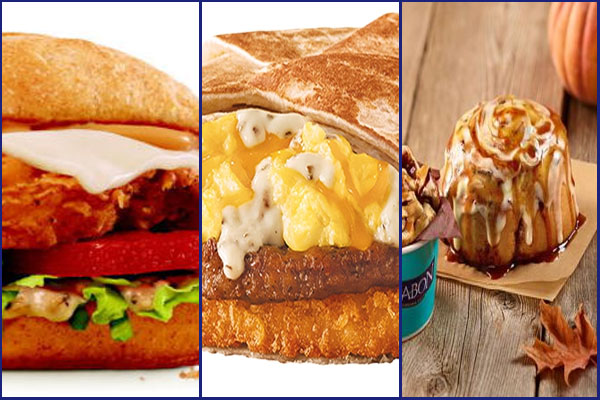 
There are so many fast food offerings, and I only have one stomach, and I cannot review every new item available. Every Friday, I will be featuring a couple of reviews from around the internet of new products that you might want to try.

This is a review from Taylor at ManReviewsFood.com. He reviews the Cheesy Pub Chicken Sandwiches and Burger that came out in September from Sonic. Concerning the Cheesy Pub Burger, he said it tasted a lot like Sonic’s regular cheeseburgers, but, this one had white cheddar instead of American, and a caramelized onion sauce. He thought it was tasty, but the amount of cheese was lacking.

He said the Cheesy Pub Crispy Chicken Sandwich was the most cheesy. The cheese tasted like a combination of nacho sauce and Cheese Whiz, and he thought the whole thing worked really well and was his favorite of the sandwiches. He thought Sonic’s Cheesy Pub Grilled Chicken Sandwich was alright. It had a healthier grillen chicken itself, but he felt it was rubbery. Although healthier, it wasn’t as tasty as the crispy version.

This is an item I’ve been wanting to get to, so I’m glad Ryan from GrubGrade.com was able to review it. Ryan hasn’t been a fan of the Taco Bell breakfast sausage offerings. This Crunchwrap is all about the gravy. He said that you could barely taste the eggs and cheese, and the sausage was still bland, but it didn’t matter because the enter thing is “engulfed in gravy.” According to Ryan, if you really like the country gravy, you will like this Crunchwrap, because that is most of the taste. Ryan got tired of it halfway through and wishes he had something to balance the gravy out. Overall, he wasn’t a huge fan.

Finally we have dessert with the autumn Pumpkin Caramel Classic Roll from Cinnabon reviewed by BrandEating.com. If you like the regular cinnimon rolls from Cinnabon, you will probably like this. It is a basic gooey cinnamon roll with a pumpkin spiced caramel sauce on top. They felt that there was a distinct flavor from the pumpkin spice, but it was too tangy. All in all, it was good, but not great. They felt there could have been more creativity to a pumpkin cinnimon roll. 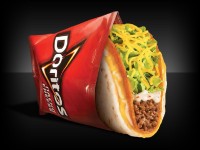 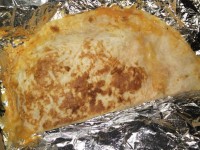 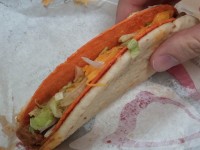