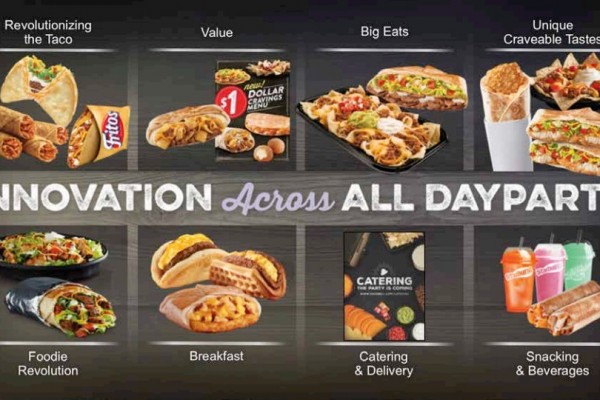 
I never cease to be amazed how Taco Bell innovates using the same set of flavors and creates new and interesting products. In a move that appears to be a complete no-brainer, it appears that Taco Bell might be getting closer to testing the “Quesalupa.”

It appears that on November 20th, a trademark application was filed for the name “Quesalupa” which is a signal that this item is moving forward in the R&D process in Irving, CA.

It is impossible to tell what this means in terms of a timeline, but for a little perspective, the term “Only In The App” was trademarked in August 2014 and the app was released in November. If all goes well with internal testing, we might see something during the 2nd or 3rd quarter of 2015.

Now, the most important question: What is the Quesalupa?

We scoured the internet for other mentions of the term “Quesalupa” and it appears to have been a test item at one Taco Bell back in September.  Here is a tweet from @InfernityDark showing what looks like to be a fried taco:

Thank you drunk person for making the quesalupa a thing. I know you’re somewhere out there saving more dreams…. pic.twitter.com/K3SqRLJ1JA

If you remember a few weeks ago, we mentioned the possibility of a taco with a Frito’s corn shell. That was from an image from a recent investor image from Taco Bell below: 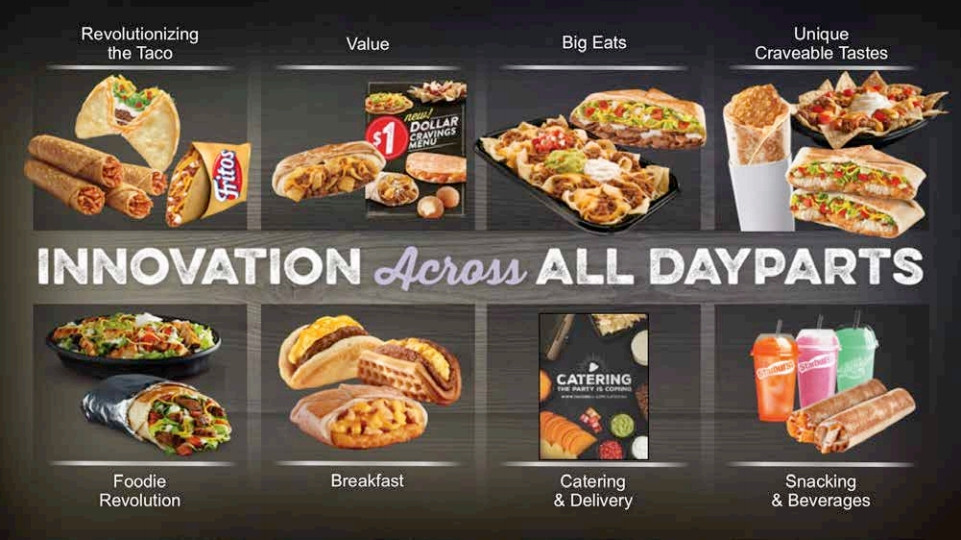 You will also see in that picture many items that have now been released, including the Rolled Chicken Tacos, Crunchwrap Sliders and we have heard that the Orange Starburst Freeze is being tested.

In the picture on the upper left corner, there is a taco that looks like a Cheesy Gordita Crunch, but with a Chalupa shell.

We can assume that the Chalupa shell is wrapped around the thick flour tortilla shell from the Cheesy Gordita Crunch with melted cheese in the middle, with the regular taco ingredients inside. That might be just a concept photo with the layering a bit different.

All in all, it looks like Taco Bell is coming with with even more interesting items in the next few months to come. 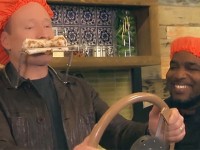