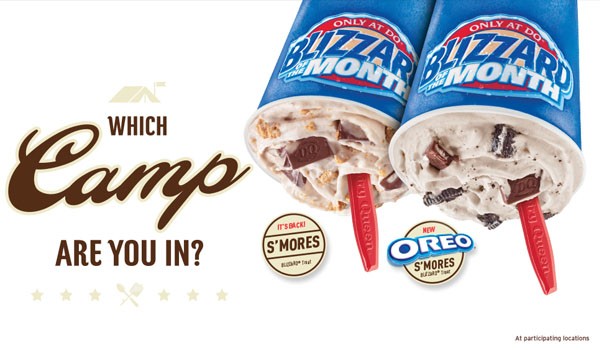 The new Oreo S’mores Blizzard has broken up pieces of Oreo cookies blended together with marshmallow filled chocolate and graham cracker.

Pick one or both during the month of April. 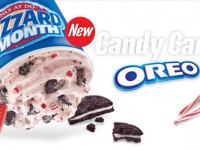 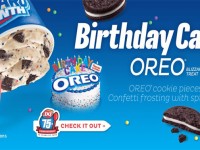 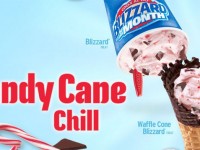